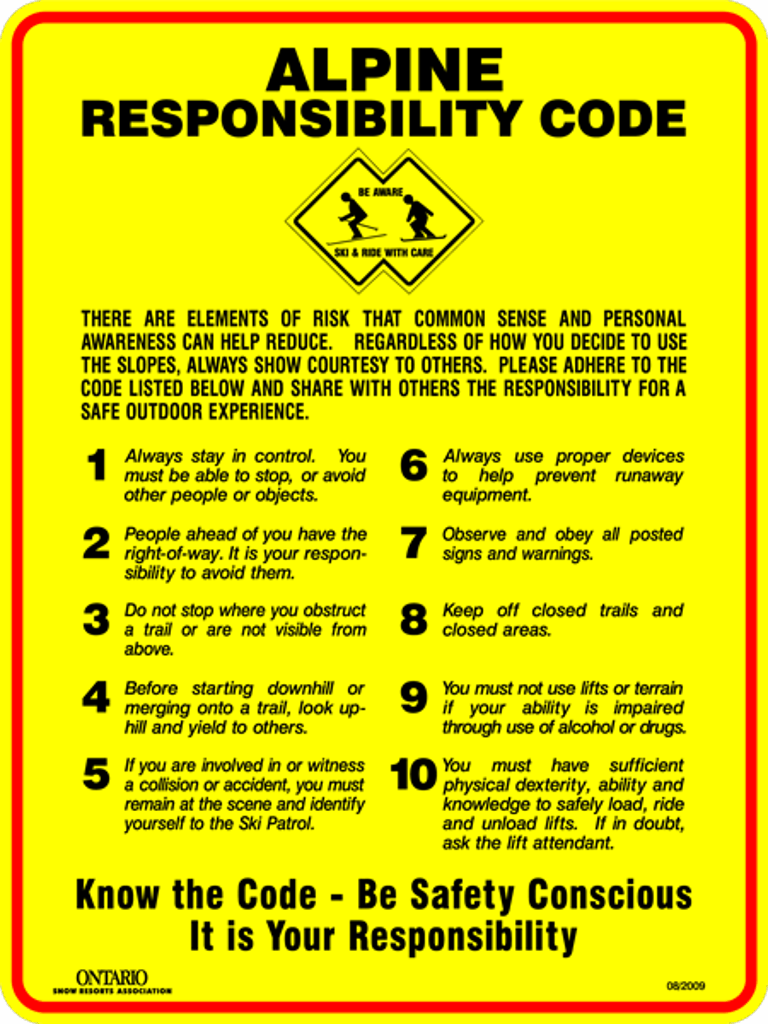 Click on the link below to learn more about the National Ski Area Associations Safety Code.

It has been 7 years since I presented the first safety article in our November 2012 Newsletter.  Lately, I have been running out of new ideas, so I need your help.  I have always felt that the BEST articles were the real stories that came from you, our fellow members.  Therefore, I am holding a contest for safety stories.  Contest Rules

Only members of Reno Ski and Recreation Club may enter the    contest.

The story must be authentic, first hand information of an  experience involving the member or their family. Recreation related stories are required.

The story needs to indicate how being safe prevented a mishap, or how lack of safety caused an accident or injury.

The contest will run from November 1, 2019 through February 28, 2020. All articles of entry may be used in future RSRC Newsletters and posted on our website.

Each entry should be approximately ½ - 1 page each.

The winners will be chosen by a committee of 3 judges within the RSRC.  Judges may NOT enter the contest.

Each story will be judged on content, relevance to the topic, significant impact of the event, and clarity of the story.

Only 1 entry per member will be allowed.

All entries must be submitted to Monica Palmer via email

(monicap1@sbcglobal.net) either in a Word doc or directly

in the body of the email.

Please share your experiences with our fellow members.This can possibly prevent another accident or injury. 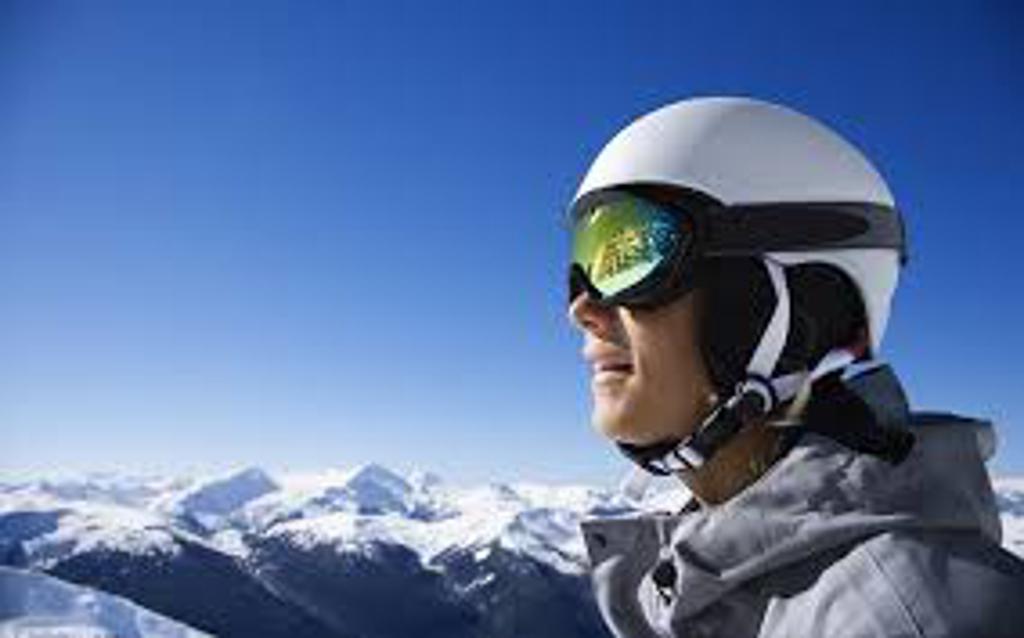 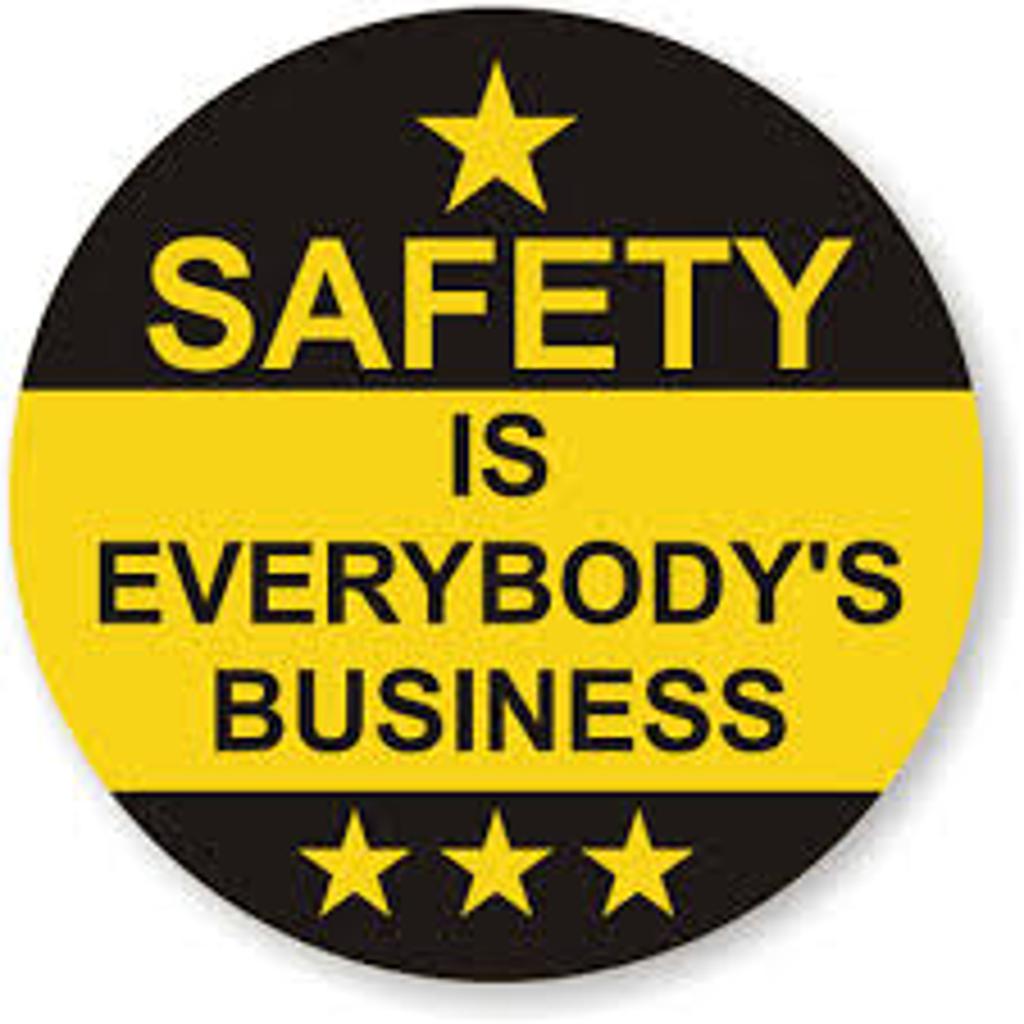 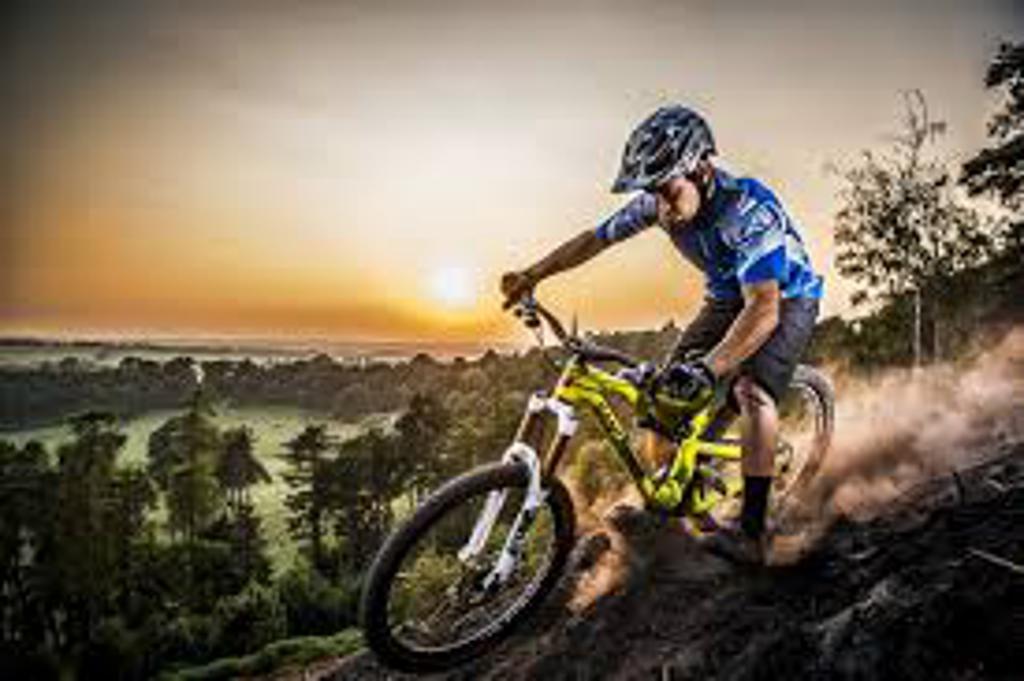 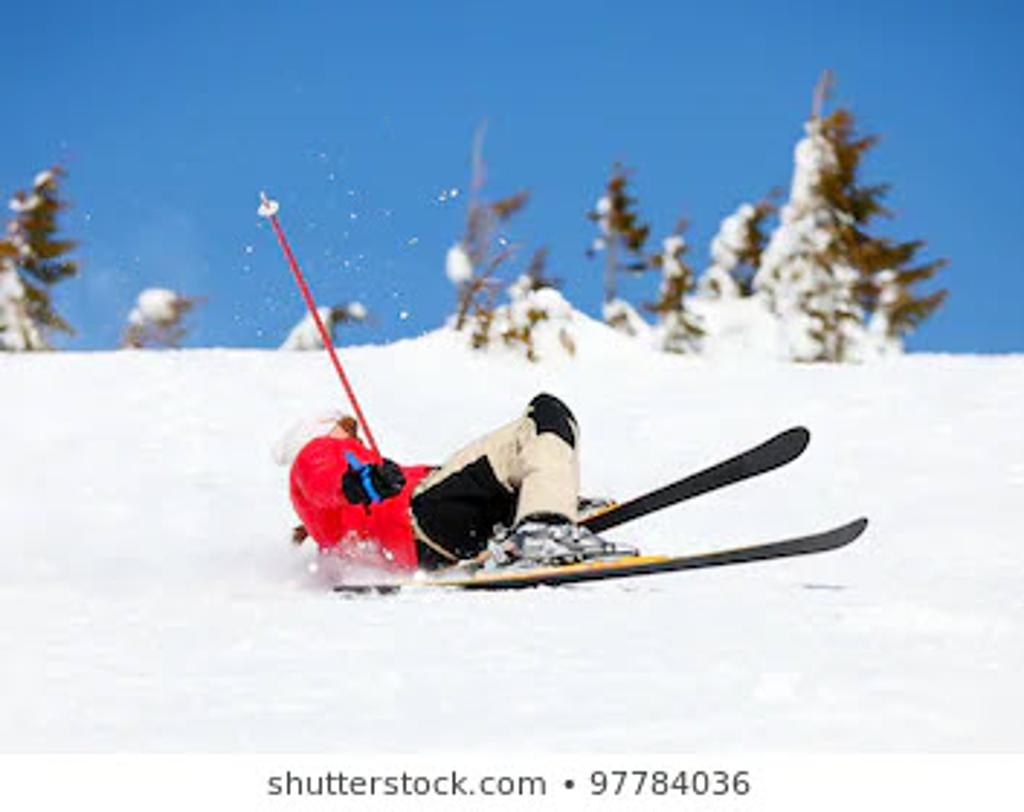 Many of the snow sport injuries are traumatic. They are often caused by being on dangerous grounds, lift accidents, falls, and collisions. Fatigue after a long, active day or poor judgment may be another reason, too. The most common causes of this type of injuries are:

Three Common Ski Injuries and How to Prevent Them

Whether you or a buddy has torn or sprained an anterior cruciate ligament (ACL) or medial collateral ligament (MCL), you’ve likely heard horror stories of knee-related ski injuries. Often, such injuries are fatigue or fitness-related and occur with turning, stopping, and falling. To help avoid ACL and MCL tears, strengthen backside muscles including glutes and hamstrings. Even strengthening the soleus gastroc can balance the stress on the frontside of your leg.

Skiers often instinctively stretch out their arms to break a fall, which puts shoulders, arms, and hands at risk of fracture and strains. Skier’s thumb, for example, results from falling on an outstretched arm with a pole-in-hand, which can cause a ligament tear. Tip: Drop your poles when you’re going down. Also, improving overall fitness, core strength, and safe falling skills can help avoid arm-breakers.

Courtesy of Elizabeth Carey and SkiMag.com 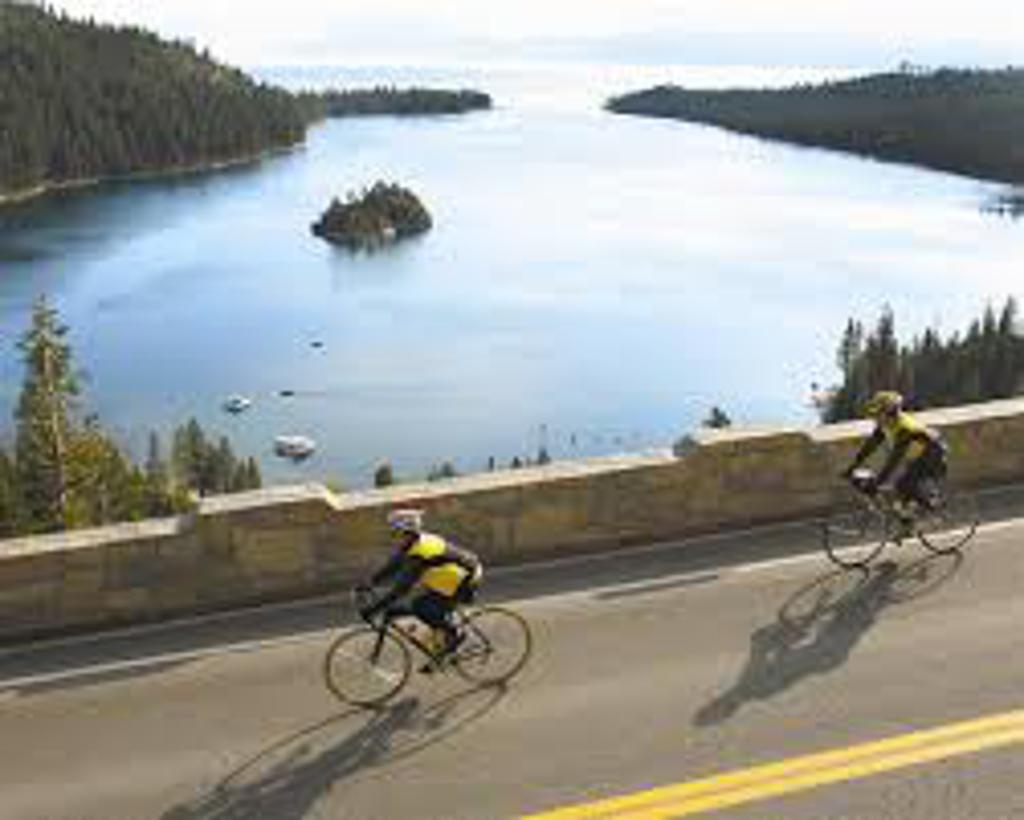 Did you know that Nevada is well known as a popular place for cyclists? The state is crisscrossed with all kinds of bike paths, trails, and parks, as well as biking clubs with some of them dating back to when Europeans first came to the state!

Nevada has quite a bit of legislation around keeping cyclists safe and ensuring that cyclists are safe. What are the bike laws in Nevada that you should know about?

Compared to many other states in America, Nevada has simple and common laws when it comes to how bikes and cars are to interact safely on the road. Bicycles can ride on the street all over the state and they are also permitted on most sidewalks unless local regulations dictate otherwise (this tends to happen in large cities like Reno).

Nevada observes the three feet of clearance law wherein cars are required to keep three feet of distance between themselves and cyclists. (This is also known as a vulnerable user’s law which covers penalties on drivers who violate the law, causing injury or death to a cyclist).

This law applies on single-lane roads. On multi-lane highways, Nevada goes one step further, stating that cars must give cyclists a full lane of space.

Cyclists must return the favor and ride at least three feet away from parked cars at all times. It’s also heavily suggested that cyclists listen for cars approaching and do not follow them too closely or in a blind spot. It’s also illegal to ride while clinging to a car or to carry things in such a way that the rider cannot keep both hands on the handlebars.

Cyclists must ride as far to the right as possible, except in the following cases:

If it’s too dangerous to ride to the right (debris, wildlife, construction, etc)

If you’re going to turn left.

If you’re traveling as fast as the traffic around you.

Nevada does require that cyclists are to ride in bike lanes when they are clearly marked; but there is nothing about riding in bike paths parallel to the road, though it’s not a bad idea to do it anyway.

The bike lanes in Nevada are clearly marked and in the rare cases where they are being shared with vehicles, cars are to treat bikes the exact same way they would cars. Cyclists may ride two abreast, but if there is traffic, it’s best to ride in single file for the sake of courtesy.

Bikes are considered vehicles and must obey the same laws. Nevada does observe the Idaho stop law. This means that cyclists can ride through a red light if the red light fails to catch the cyclist and goes stale as a result.

Otherwise, they must signal before turning or changing lanes, obey the traffic signs and can ride on highways as long as they obey the signs when told to exit. In Nevada, cyclists can also ride on freeways, except where prohibited such as in most municipal areas.

Cyclists will get citations if they don’t follow any of the regulations and they receive the same fines and punishments as drivers, so they really are treated the same way all around. Nevada is a little more unique in this compared to many other states.

Nevada has solid laws around properly lighting one’s bicycle while riding at night. This was done to address visibility issues. When riding at night, or at any time when it’s too hard to see vehicles 1,000 feet ahead, cyclists must have the following on their bikes in order to be both safe and legal:

A front headlamp that emits a white light visible from at least five hundred feet.

A red rear reflector that is visible from between fifty and three hundred feet.

The main issue for Nevada does seem to be visibility. It is not illegal to ride without wearing a helmet, though it’s also not a very good idea as it’s quite dangerous and in an accident, a helmet is your best protection.

All bikes need to have brakes which can make the wheels skid on dry, level, clean pavement.

It’s most important to ensure that you’re always watching around yourself while you ride for other traffic, as well as cyclists and pedestrians. Many accidents come about as a result of not being mindful of others, so the best prevention is to be aware.

Nevada does not forbid riding while under the influence of drugs or alcohol; however, we wouldn’t recommend doing it as it’s far more likely riders will get into a serious accident.

Electric bikes are defined as two or three-wheeled bikes with an automatic transmission and a motor that has less than 750W. Nevada only allows electric bikes to go a maximum of 20mph on level ground. Licensing and registration are not required, but helmets are.

Electric bikes can only be ridden on roads where the posted speed limit is lower than the speed of the device and just like regular bikes, electric ones have to be ridden far to the right and riders must obey all road laws and rules. There isn’t much more on the books about electric bikes in Nevada; they are mostly treated as bicycles, other than having a cap on speed.

The state of Nevada doesn’t have anything too strange when it comes to the bike laws that must be observed. The state does allow for things

like Idaho stop and three feet of clearance, but the state doesn’t really care whether riders wear helmets or not. It’s important to keep track of your own safety while riding to make sure that you are both legal to ride and safe at the same time. Enjoy!